The biotech uses Egnyte to slash its reliance on manual processes so its team can produce better data quality and accelerate drug development.

On any given day, Nimbus Therapeutics was running multiple experiments and projects simultaneously. Lots of projects meant lots of data, and as the volume of content grew, the Nimbus team realized their reliance on manual data management processes was just not sustainable.

“Our data team would start their day with tons of content to load into our database,” says Dr. Rebecca Carazza, Ph.D., Head of Information Systems at Nimbus. “Before it could be loaded, it had to be pre-processed and put into the right format. All of that was done manually.”

When Dr. Carazza joined the company in 2018, she set out to automate the transfer and management of increasing volumes of data. Her efforts focused on three areas: people, process, and technology. 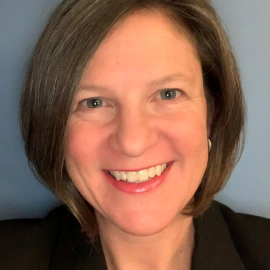 "Egnyte is integral to our ability to automate much of our data management, which has made the often complex process of working with external partners much smoother, more reliable, and more efficient."
Dr. Rebecca Carazza
Head of Information Systems • Nimbus Therapeutics

In the Nimbus team’s drug discovery workflow, external vendors play a prominent role. “Although we’re a biotech, there are no labs at Nimbus,” Dr. Carazza says. “All compounds are synthesized externally, and our experiments are run at contract research organizations (CRO). At any given stage in the drug discovery process, numerous external parties are sending data to Nimbus, often in varying formats. Nimbus ingests this data manually, making it practically impossible to scale operations.

As the team analyzed its processes, it identified several challenges:

Dr. Carazza knew the team had to drastically reduce their reliance on these manual processes. “We needed a scalable, automated solution with minimal manual processing and clear accountability.”

Solution: A Powerful Tech Stack—With Egnyte at the Center

Nimbus was already using Egnyte for data storage when Dr. Carazza joined the company. She saw an opportunity to use Egnyte’s built-in public cloud workflows and integrations to help automate how it handled content sent from vendor partners.

Dr. Carazza’s team assembled a tech stack—consisting of Jira™, AWS Lambda, and other platforms—to create an end-to-end solution that would automate how the data was received, validated, uploaded, and updated. Egnyte was an indispensable partner, acting as the hub for the data team to synthesize these tools into a cohesive, interconnected workflow, which the team now refers to as NIMBEye.

Egnyte facilitated the interconnected use of Lambda (AWS’ event-driven compute service) and Jira’s workflow and ticketing system to accelerate the process of finding new content and getting it into the database. “If AWS Lambda finds any new content that needs to be loaded, it creates a Jira™ ticket to get that done automatically,” Dr. Carazza says. “NIMBEye enables us to utilize Egnyte’s API integration with Jira™ to automate all the steps that we used to handle manually.”

Today, the team uses several key features in Egnyte, including:

Under the NIMBEye workflow, “success means that no human had to touch the content,” Dr. Carazza says. “Everything is automated—from the content leaving the CRO to entering our database to being ready for review by our scientists.” If experiments don’t successfully load, the ticket is assigned to the primary contact to correct any issues then it will automatically launch another attempt to reload the updated version.

When Dr. Carazza started at Nimbus, the data team consisted of three full-time employees. Since then, the highly successful end-to-end process automation has enabled the company to reduce the team to just one even as the amount of data loaded since 2019 has nearly quadrupled. That’s a two-thirds reduction in their reliance on manual, human-driven processes that were more vulnerable to errors and delays. This has also helped combat employee burnout—former members of the team can now focus on higher-value efforts elsewhere in the company’s operations.

Nimbus has also substantially accelerated the data uploading process. Previously, after the CRO sent the data, it often sat for hours before the data team manually loaded it into the system. Now, the data is loaded and deployed to end users within 30 minutes of being sent from the CRO or assigned to a key contact for QC with streamlined access to errors and links to content to expedite the corrections.

All of this has unlocked invaluable downstream benefits. The potential for human error has been virtually eliminated, which has helped preserve data integrity and improve data quality. In a time-sensitive field like drug discovery, in which even minor delays can torpedo a company’s intended timeline for crucial milestones, it has empowered Nimbus to remove bottlenecks from the process of CRO data ingestion.

"We use Egnyte for data sharing across multiple external partners, taking advantage of their API, version control, secure links, content ownership, and metadata capture functionality. Egnyte is integral to our ability to automate much of our data management, which has made the often complex process of working with external partners much smoother, more reliable, and more efficient."