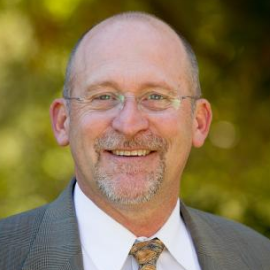 “With a great partner like Egnyte, we spend less time keeping baseline services functioning at enterprise levels and more time working on the next strategic initiative that can move our college forward.”
Reed A. Sheard
CIO• Westmont College

Founded in 1937 as a small liberal arts college emphasizing the higheststandards for academic rigor, Westmont has gained national recognition for its leadership training, academic quality, and a strong focus on spiritual, intellectual, leadership development and personal growth.

To retain its competitive edge, Westmont focused on making the latest technology available to its students and faculty. For example, Westmont embraced the cloud services model starting in 2009, and the college began migrating applications to the cloud. To date, Westmont has implemented nearly 20 cloud projects including email, calendar, contact management and smartphone syncing, as well as non-typical services such as SPAM filtering, wireless management, fundraising and admissions databases.

The guiding principle for the Westmont IT department was the varying degrees to which the college applies innovation to its technology operations categorized as a continuum. Using this principle, Westmont set out to tackle its most difficult technology challenges, which included managing costs and complexity of its hyper-growth storage and enterprise file environments.

Challenge: This Box Has Walls

An important goal of Westmont’s cloud initiatives was replacing its legacy storage environment to provide more capacity while lowering the support requirements for the IT department. Other success criteria Westmont established for the project were: performance, reliability, integration with Microsoft Office applications, easy-to-use file version control, and support for Apple Macintosh clients. Westmont followed its standard evaluation process and ultimately settled on a cloud solution from Box that it believed would best align with the college’s cloud-first strategy.

This decision quickly introduced a number of challenges. The college had decades of data that needed to be transferred, and Box was unequipped to migrate more than 3 million files and terabytes of data from the existing storage area network. Further, Box’s lack of version-control impacted Westmont’s daily workflow, which heavily relies on multiple users editing the same Excel document. This led to Westmont staff and faculty consistently struggling with high-use financial and student information spreadsheets, especially when it came to editing and saving those files. Any change to a file required syncing the entire file every time, which altered the staff’s traditional processes of frequently saving changes. Additionally, users often experienced system freezes when they attempted high-access rates and were often greeted with “too much activity” or “come back in 60 seconds” messages. Many users, consequently, became very frustrated and some even reverted to sending files via email in order to collaborate.

Another challenge for the cloud-only approach was the available storage capacity and file-management restrictions. For example, many Westmont users quickly reached Box’s hard limit on the number of files that could exist in a single folder, which impacted their workflows. The ability to maintain the college’s existing file and folder integrity was essential to how the college organized and structured its data, highlighting an inherent limitation in Box’s solution.

Benefits: Customization and a Hybrid Deployment Are Keys to Westmont's High Marks

The solution for Westmont was to deploy a more flexible enterprise storage and file-sharing model that addressed the college’s must-have requirements for the transfer of legacy data, consistent remote access to files, high-performance file access for collaboration, and a simple version-control feature that aligned with existing data-management processes. They also wanted to make sure that the solution was secure, since they often dealt with confidential information. For this, Westmont partnered with Egnyte to build a custom solution that migrated from a consumer cloud-only model to a more flexible and secure enterprise-grade hybrid architecture. A key step in this migration was Westmont selecting a cost-effective local storage hardware to enhance capacity and performance. The Egnyte Professional Services team then stepped in and helped implement the entire solution.

To integrate and manage data and files from its on-premises and cloud storage, Westmont used Egnyte Storage Sync. This solution enabled Westmont to store, share and access files from anywhere with any device by combining the access of the cloud with the speed and security of local storage. For example, Egnyte serves both on campus employees by allowing access through traditional drive mapping, and remote employess such as Admissions teams, Fundraising teams, Alumni, Coaches, and faculty on sabbatical who can now work effectively, away from campus. This was essential to a school like Westmont as it helped reduce and eliminate costs of on-premises storage, tape backup, and VPN expenses, as well as IT staff time to manage these resources, boosting productivity. “Moving our storage to a hybrid solution with Egnyte that provides traditional access to mapped drives while on campus and cloud-based access when off campus. The solution works flawlessly and is less than 50% of what we were spending on the legacy storage solution we retired.” said Reed. The Egnyte desktop client was another important innovation, giving Westmont staff a familiar user interface and reliable synchronization of files when they were in the office or on the road. Further, the flexibility to choose specific files to download to their computers proved particularly useful to remote-access employees.

The Egnyte hybrid solution eliminated Westmont’s version-control challenges completely. Now as users access or edit their files, a new version is created allowing employees to track when changes occur and who initiated them. Users could also select among the different versions of the file they want to access. The Egnyte detailed version-control system was essential in helping Westmont smoothly migrate the large number of files and data in its legacy storage. That data was now under the protection of AES 256-bit encryption whether at rest or during transmission, giving the college a huge boost of confidence.

The ability for Egnyte to seamlessly integrate into Westmont’s existing directory of faculty and staff was another major benefit of this solution. Egnyte’s flexible deployment model enabled Westmont to easily integrate their existing Active Directory and LDAP, which provided the Westmont IT team with a powerful set of new capabilities including the provisioning of users and groups, setting notifications, and access controls, as well as running audit reports.