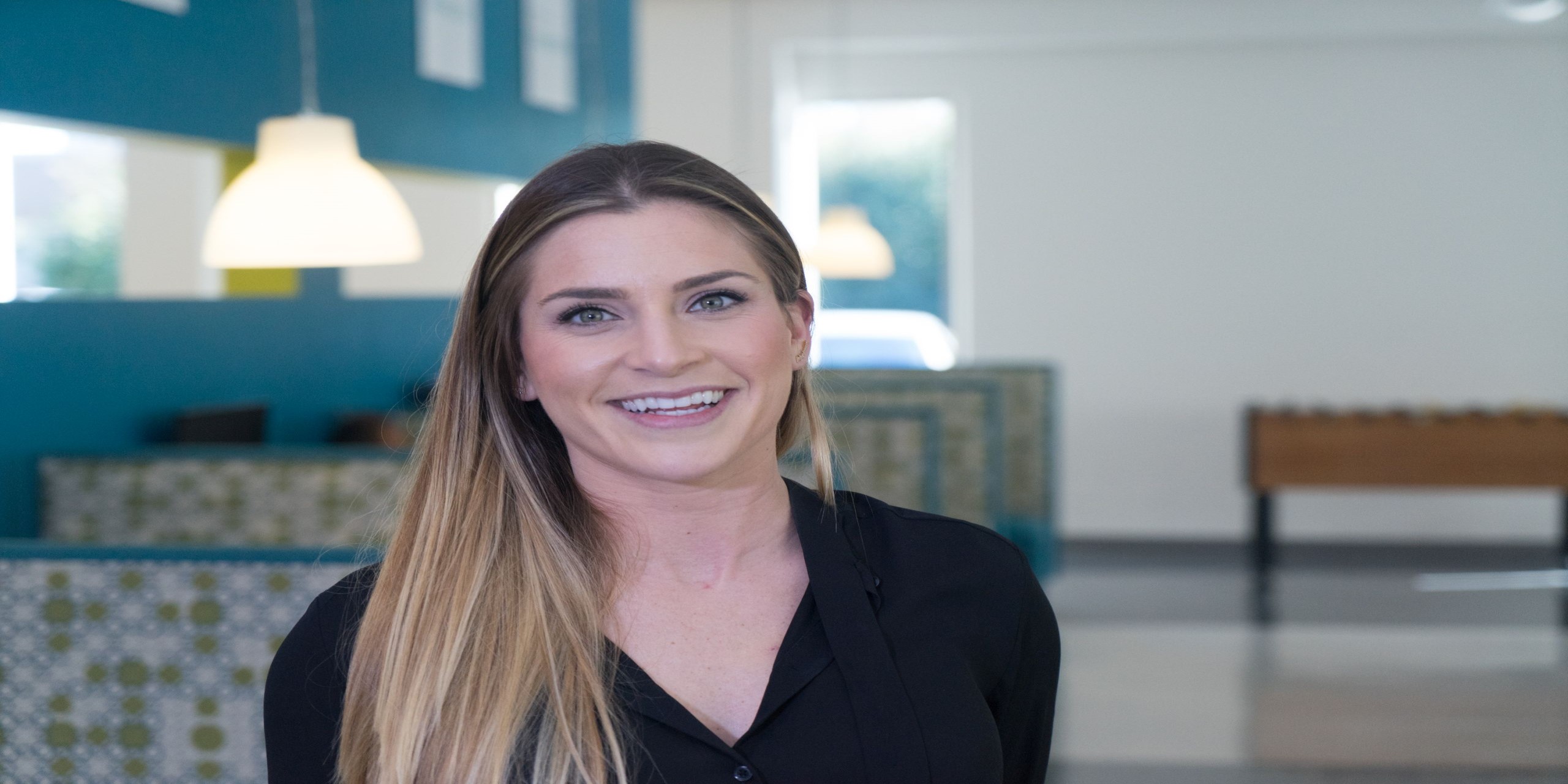 At Egnyte the Spark is at the center of everything we do, including our logo. When it comes to our team, we see the Spark as the intersection of talents and passions that drive each and every employee - which is what ultimately drives Egnyte. Through this series I hope to showcase the outstanding individuals whose combined talents make Egnyte what it is today.

Where are you located and what's your title?I'm a Senior Enterprise Sales Development Representative at our Mountain View HQ.What hardware do you have in your arsenal?My phone is an iPhone 6 and my computer is a PC. I was always an Android person but jumped on the bandwagon a few years ago. No specific reason for switching, but everyone had an iPhone, I wanted to try it, and it’s been worlds easier to handle than Android. Walk me through your background before Egnyte.I grew up in south Orange County and moved to San Jose when my dad got a job at Infenion (I was 13). After a couple of years, he got a job in Palmdale for Lockheed Martin. So when I was 16 we moved to Valencia, where I finished high school. Then I moved to San Luis Obispo for community college, planning to transfer to Cal Poly. But I ended up getting into SF State instead so I moved to San Francisco and completed a BA in communications.I spent a year at Lightspeed Venture Partners, and left at the beginning of 2016. Ultimately I wanted to pursue a career in sales, and I went to a startup called Velostrata where I was the only SDR. In that setup I felt I needed more structure and a gameplan as to how to attack my new career. They were very, very early stage; great company and great people but not what I was looking for. What led you to Egnyte?When I was looking for a new opportunity beyond Velostrata, a friend of mine at Lightspeed told me her husband is Nick Psaros, Egnyte’s director of sales development. I met Nick in person at the Lightspeed summer picnic and Nick said all the right things, invited me in for a few no-strings attached conversations (I met Rajesh, Cherise, Charles, Nick and Anna) and I liked everyone enough to join. What's a typical day for you?I try to be up by 5 AM, and come in between 6 and 6:15 because I have east coast territories. I roll in with coffee and start making calls. I do switch from coffee to tea as the day goes on. My boyfriend’s English so I’m having a lot of Earl Grey, muffins, baked beans on toast, etc. I wrap between 3:30 and 4 and drive home, which lets me beat traffic. I’ll go off to the gym, then come home and take the dog for a walk. Dinner is usually a group effort; I’m the prep cook and my boyfriend does the grilling. I wind down by chilling in front of the TV and catching up on some work. I’m usually in bed by 9:30. You mentioned baked beans on toast. Every Saturday I make that for my little boy. It’s not that complicated; just warm the beans, spread them on buttered toast and sprinkle a little cheese on top!That’s really nice! How did that dish become a part of your family’s routine?I used to work in the UK, and my only sister has lived there for 30 years. I took my family for vacation there last April, and it was my son’s first time there so for breakfast he was trying everything. He got hooked on baked beans on toast, or maybe he just got hooked on ketchup. But let me get back to my questions!

What’s your favorite thing about Egnyte?I can’t just pick one! I love my coworkers; we all get along really well. I don’t think I’ve worked at a place where I’ve laughed as much as I do here. It’s also a great solution and a great team to be a part of!What’s something other Egnyters don’t know about you?I collect bourbon. The other day I made bourbon vanilla-bean cupcakes and I gave one to Steve Sutter since it was his birthday, but I didn’t get any feedback! When I worked at the Rosewood, they strongly emphasized staff knowledge. My brother and I have actually talked about opening up a distillery one day. Just the one sibling? Where are your parents these days? Yes, just the one older brother. He works as an account manager selling semiconductors and lives pretty close by in Santa Clara. My parents are now in Carlsbad, near San Diego. They just retired, so I’m hoping to see them more than a few times a year. I see my brother twice a month; he got married a couple of years ago.What’s the best piece of advice you’ve ever received?Be true to yourself. Don’t worry about what other people think. It kind of stuck with me because I moved at odd times; halfway through middle school, halfway through high school. Making friends and acclimating to a new place was so much easier when I was just me.It’s great to hear that you’ve gone through life with all its ups and downs and learned to focus on and remember the positives.I’m sure I’ve been given bad advice, but I guess I just learn from the mistakes and try to move on.If you had the opportunity to sit down for dinner with anyone, dead or alive, who would it be?My dad’s parents. They passed about 8 years ago, not even a year apart. My grandpa went first and it was very unexpected, then grandma sort of faded away. As I’ve gotten older I’ve gotten closer to my family and I want to talk to them and be near them and hear their stories and opinions and ideas. My grandma went back to school in her forties and became a teacher for the first time in her fifties. She loved traveling and books and learning. I’d love to sit with her as an actual adult and speak to both of them and mine them for life advice.So if I went to your friends or people you socialize with or your family (assuming they'd talk to me) and asked them what they thought of you as a person, how would they describe you? Oh jeez. Maybe they’ll say “she carries herself well.” I’ve worked hard to cultivate confidence and a presence and an ability to turn situations around just by speaking. I’m a bit of a ham in that I’m always laughing and trying to have fun and see the positives in life.

We’ve reached the end of my questions, but this has been fun! I used to set up lunch dates with people on our SDR and sales teams when Egnyte was small. I heard incredible stories. One guy I won’t name grew up in a broken home. At 24, he was supporting his mother, a recovering alcoholic, and his sister, who was pregnant. I wound up becoming much closer to him than just exchanging hellos in the hallway.It’s embarrassing that now I don’t remember all the names! But knowing people in the company is so valuable. My friends and family are back in India or elsewhere in the world, so getting to know people here besides my wife and son is important for me. Did you have any questions for me?What are your hopes for Egnyte in the next 2 years or more?Rajesh and I talk a lot about this. In the last 8 months, our thinking has changed to the point that we’re saying “we’re onto something really big.” Let’s keep executing for 18 months, heads down, and create something we can look back on and proudly say we built.My belief is if you chase money or people’s favor, it runs away from you. I don’t care what people think about my personality, but I care that they think I’m honest. I want a culture in which people believe in the company.