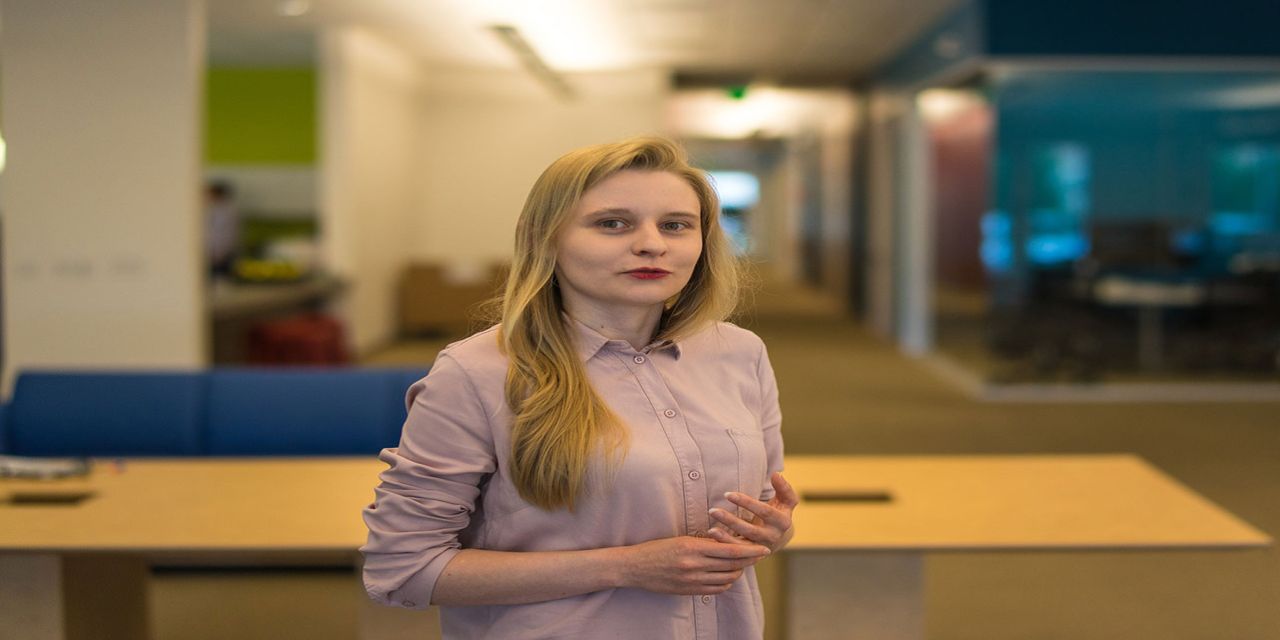 At Egnyte the Spark is at the center of everything we do, including our logo. When it comes to our team, we see the Spark as the intersection of talents and passions that drive each and every employee – which is what ultimately drives Egnyte. Through this series I hope to showcase the outstanding individuals whose combined talents make Egnyte what it is today.

What are some goals for yourself or your team?I’m really into our new product called Egnyte Connect that we’re currently working on. A couple months ago when we started the discussions about how it should look like, I became very eager and excited to be part of this. And we’re the only ones in the market implementing this. So I think it’s quite exciting that we’re introducing something so fresh. A lot of people know who Salesforce or Atlassian is, I would really like Egnyte to be recognizable like this.I was in Boston recently. A month in a half back. And I had gone to meet with one of our investors annual partner meetings. I checked into the hotel and then after an hour we were on buses heading to a museum where the event was. So I sat next to this guy, and I asked him, "What does he do?” He was a partner in a limited partnership company that funds our investors fund. And he asked me, “What do you do?” I didn’t mention Egnyte, I just described what our product is. And he said, “Oh, we use something wonderful and really love it.” I asked him to show it to me and he opened his phone and it was the Egnyte icon. Wow, I loved it! There’s no better feeling than that so I know exactly what you’re saying.What can we change at Egnyte to make it better?Sometimes, I think we miscommunicate between the offices. I feel that the communication is either misunderstood or something isn’t communicated, something goes missing. And usually it will be important information.Have you shared this feedback?Yes, in Poznan at least, we had some meetings about it. We went though some lectures that helped us understand the cultural differences between the American, Polish and other cultures.For example, in Europe, if you speak with your hands, talk loudly and fast, you’re associated with the so-called multilinear culture. Like the Spanish or Italians. So when we speak with people from India, who are rather calm by nature, we compare them to Germans, who are associated with linear culture. But from those lectures, I learned that Indian folks are actually a multilinear culture. So it was surprising for me. This and many more interesting facts helped me communicate better with several of my colleagues.Who is your biggest role model, personal or professional?Margaret Hamilton, she was the lead engineer of the NASA project that sent people to the moon. This is in the 1960’s and back then, women were expected to stay home and here she was as the lead engineer for the Apollo project.Wow, that’s pretty cool. What’s something unique that other Egnyters don’t know about you?People see me as a very confident, maybe even overconfident but I wasn’t always like this. When I was younger, I had many complexes and I grew out of it.What helped you change?When I went to the university and met other people similar to me. When I was younger, I was always the one with the good grades, a bit of a nerd because I liked computers and playing video games. There wasn’t anyone else like me in my town. When I went to my university, everyone around me was a nerd or geek. They liked computers and also had good grades so it showed me that there are other people similar to me and who like me for being me and not impersonating someone else.What’s the best piece of advice you have ever received?If you are a leader of a team, you should always praise your team for any success. But if the team fails, you should take the blame yourself. You shouldn’t blame your team.And the worst advice?Do it in a rush.Who gave you that advice?Not a specific person, but from people who want things done quickly because they want it for tomorrow or this week. Usually rushing stuff isn’t very helpful.So when things don’t go as per our expectations, personal or professional, or you’re just having an off day, we all have a coping mechanism to help us spring back. We draw our strength from something. Some people have spirituality, some people talk to their better half, others go running, or lift weights. What’s your source of staying calm and handling adversity?I try to keep my emotions to myself when I speak with other people. And then I speak with my boyfriend who helps me cope with everything.

What’s the next activity or place you have on your bucket list?I’d like to try skydiving. But I’m scared.You can do a tandem to start with.Yeah, but I’m scared that even if I do it in a tandem, that the parachute will not work. It will be the 1 in 1000 that will fail and I will die. So, I’m a little scared of doing it.If you were to do it, is there some place near Poznan you can do it?Yes, there’s a air-club near Poznan.Cool, that’s great! I’ve learned so much about you, this has been wonderful. Thank you, Milena!