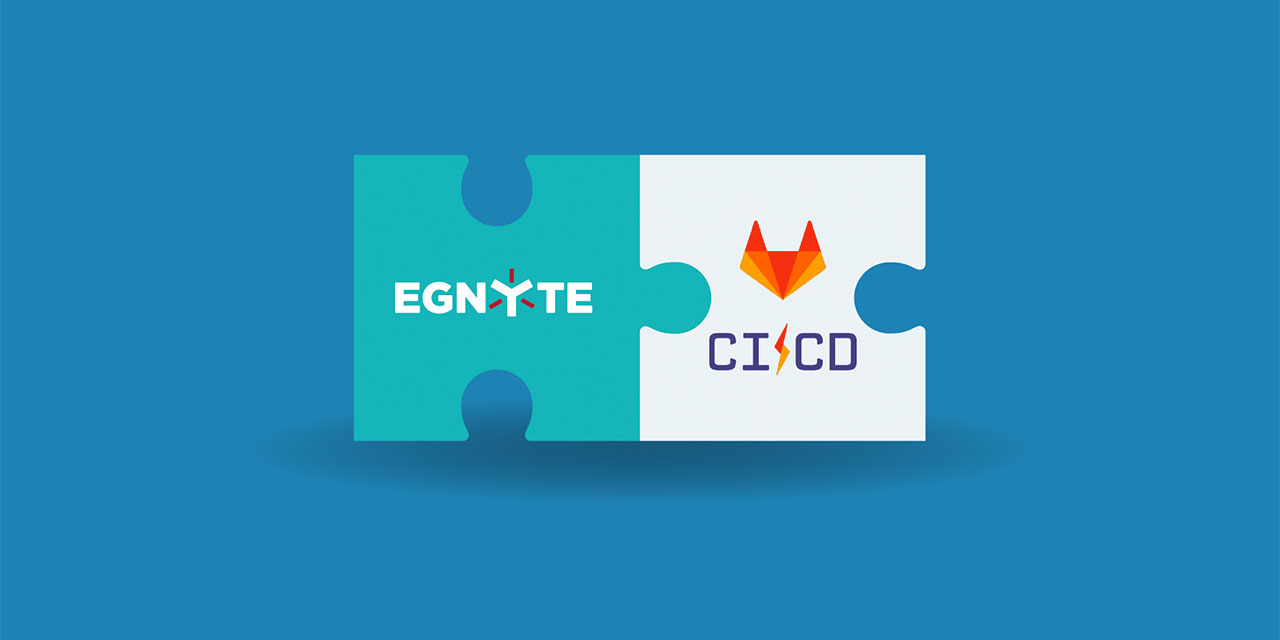 The Partner Integrations team at Egnyte is responsible for building the ecosystem around our products. We are running over 25 different integrations in production. This includes such integrations as Office Online, Docusign, and Slack, the "Apps and Integrations" interface and tools for partners to easily build their integrations. The number of integrations continues to grow.

With over 25 repositories sharing a similar configuration, maintenance can become annoying.

We're running our builds in GitLab CI which supports configuring the entire CI pipeline with a config file (spoiler: .gitlab-ci.yml).

My team keeps on building integrations, we can’t seem to stop. We even managed to get them to be really consistent in terms of tooling, builds and deployment. sed in a loop was my editor of choice for a while. Now with everything reaching consistency, it’s time to address the overlap of .gitlab-ci.yml configuration being almost the same in each repository.

External URLs don’t support authorization, so we’d have to put some infrastructure in place to have parts of .gitlab-ci.yml shared between projects, but not available to the general public. You know, security.

Also, if all configs point to the same URL, it’s just one version shared across all pipelines. Instant updates or no updates.

The big leap I had to make was to think of .gitlab-ci.yml as code not configuration. If it’s code, I need to reuse it. If I’m reusing code, I put it in a shared library. If I have a library, I version it so I don’t have to spend a few days rolling it out to each project with each change, but can do so progressively when revisiting projects while they continue to work fine with previous version.

The idea is not new. We’re using internal libraries to reuse code better. Logger, database abstractions etc. - they’re all packages we install in each app and their development follows semantic versioning.

Here’s what I did:

I can include a file and use a stage from it, put it in the right order with others etc. Included stages are configured with variables. Variables from the main yaml are accessible in included code.

When I install the library at a certain version, I get a folder with reusable yaml in my repo root. Just need to commit it and it can be included in the main .gitlab-ci.yml.

We now have full control of the versions. If I want to update the CI pipeline across all apps, I run

in a loop across repositories and commit changes. If I need to update the version for only one app, or the update requires changes in the app itself - I have control over how and when the update rolls out.

Also, the generated folder comes with a readme file explaining usage docs matching the installed version and a version file containing the version number so it’s easy to spot if/when it goes out of sync.

Here’s what it looks like when used with variables: variables:

We’ve been using this for a few weeks now and it’s proving useful for sharing parts of the GitLab CI configuration across 25 independent apps.The next step is to switch to the 'extend' feature introduced in GitLab 11.3 and turn the shared code into a more general purpose library. We'll continue sharing the progress so stay tuned!

Building A Startup’s Indian Operations: A Year of Reflection

Modernize and Migrate to Egnyte to Replace Your Windows File Server

Teach Egnyte’s AI to Recognize Your Documents for Better Security